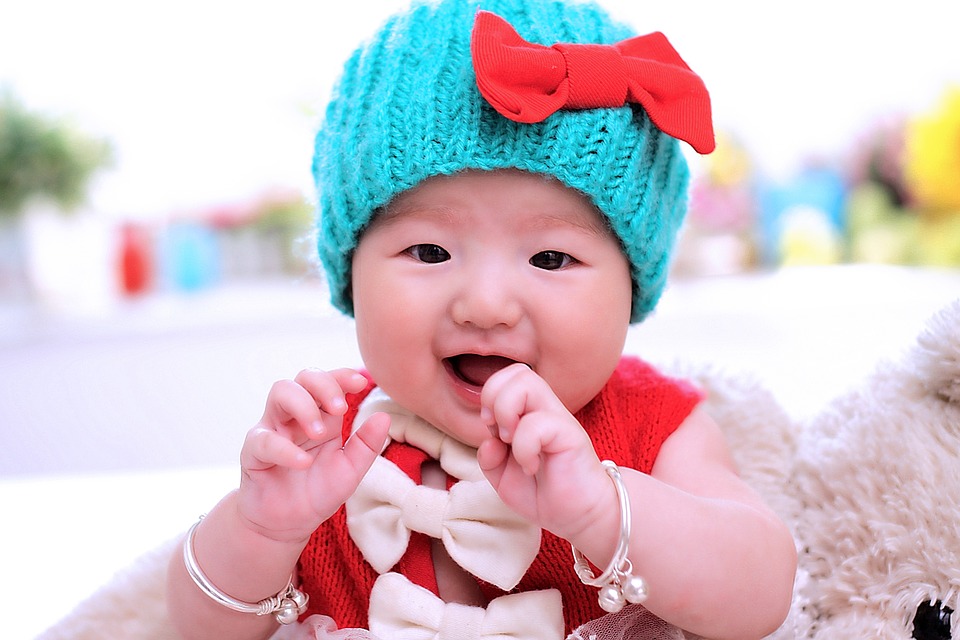 Baby teething is part of the growing process of a baby. Babies usually start teething in the sixth month. However, it varies from baby to baby. Some babies begin teething much earlier as compared to others.

But all in all it is considered acceptable as it depends on individual baby.

So how do you know your baby starts teething? There are signs and symptoms that you pay attention to during the teething process.

During the teething process, it is unavoidable that babies feel pain in their cheek and ears. So when you see your baby keep pulling their ears and rubbing their cheek, it could be because they are trying to get rid of the pain arose from teething.

There is nothing to worry under such circumstances because the pain will normally go off as soon as the tooth break out from the gum.

Putting objects in their mouth

Even if you are a first time parent, you might have seen that babies like to put objects inside their mouth. This is particularly obvious during teething process.

It is very common that babies put whatever objects they can reach inside their mouth because they want to chew something in order to ease the discomfort pain arose from the teething process.

Thus, one of the ways to help ease their pain is to them baby teething rings. It is much safer to chew on teething rings as compared to other objects.

There are many other obvious signs of teething which include running stomach, drooling as well as fever. Though there is nothing to worry about during the period of babies teething, you should be careful if your baby has different symptoms which are not commonly known

Teething is a normal process in growing a baby. But how do you know whether your baby is teething or not? There are baby teething symptoms http://www.whendobabiesstartteething.com/babyteethingsymptoms.html that you pay attention to. Some symptoms are obvious and some are not.

You can check out more details at when do babies start teething [http://www.whendobabiesstartteething.com].

Find out more or adjust your settings.

This website uses cookies so that we can provide you with the best user experience possible. Cookie information is stored in your browser and performs functions such as recognising you when you return to our website and helping our team to understand which sections of the website you find most interesting and useful.

Strictly Necessary Cookie should be enabled at all times so that we can save your preferences for cookie settings.

If you disable this cookie, we will not be able to save your preferences. This means that every time you visit this website you will need to enable or disable cookies again.